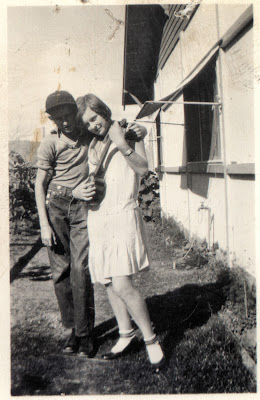 I mean it was just matter of time for the studies to start rolling in, but then I am not shocked, it's human nature. And before it became a "moral" issue it was just a simple issue of evolutionary survival. You have to procreate to have your species survive and we are hardwired to "do the deed" it's just part of our DNA!

And what better age to do it at from an evolutionary standpoint than from the ages of 16-20 something. Ages when we are young, strong and fit for the most part. It's pretty much just science.
Now don't get me wrong, I don't think kids should be out there bed hopping and having sex every which way but loose. Pregnancy and social diseases have made that a pretty poor idea, not to mention that we are saddled with some pretty powerful social taboos on the subject. But if just for a moment we did not have those social taboos and there were totally effective methods of birth control and no medical worries... really what would be so wrong about it?

In the end I choose to give my kids effective and frank information on the topic of sex along with some reasons that I think they should wait. Good reasons in my book based on my experiences as a teen. But lets face it, hormones are powerful stuff and if we could harness the evolutionarily driven teenage lust into an effective power grid we would never have to worry about the light bill again. But until then, all bets are off and a pledge is a piss-poor way to equip your teen for life.

For those more interested in effective education  I recommend and support Scarleteen as one of the best factual sex positive and safe sites for real information for you and your teen. -- check them out!

Finally another human who knows what it is to be human. Not only are humans there most fit at ages between 16 - 20 but the females eggs are of they best possible quality, helping to produce healthy offspring.

However I agree with you that bed hopping is not a good idea and just like the other person sex and guns need to be taught from a responsible stand point.

But it's high time our society quit beating up it's youth for being human. Maybe instead of telling them their life is over when they get pregnant we should start finding ways to help them not only live their lives but raise one as well.