The Nothing Box / Men are Different- Marriage on Monday

By now I think just about everyone on the planet has seen this video by Mark Gungor where he talks about the differences between the brains of men and women- very funny stuff.

While not gospel truth for every couple its  close enough to hit home for  most of us especially when it comes to the ~Nothing box~ , Ah the " nothing box".. the place men mentally go when they need to escape the stresses of their life and sometimes their kids and their wife. Sturdy, simple, plain and fit for the task at hand which is not letting seperate parts of life touch. The place of vast openess only possibly populated by a beer and a tv remote ( you can also insert beer and fishing/golf/running here if that works better for your man) 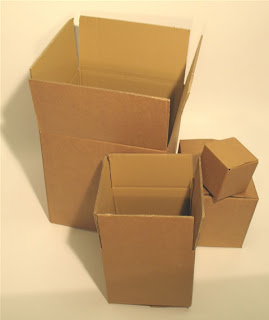 The ~Nothing Box~ is indeed a mystery to most wives and girlfriends, we don't "get it" due our nature of innerconnected everythingness ( my blog my words). Generally speaking a lot of us just don't have a Nothing Box. If we have something close it's the "shopping box" or the "chic-flick box" . Personally mine is the "putter around house-box"  and  it's even cute and decorated to match the other boxes in my head. ( The decorating of boxes also baffles men) 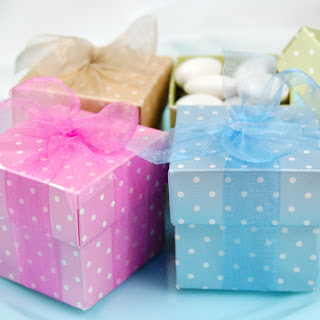 In our female boxes  innerconnectiveness creeps out  and soon we are once again hopping from box to box mixing up the contents until it looks a bit like our brains were dumped into a food processor. Generally guys don't do that, they get into any box they wish but don't pull out multiple boxes at the same time since that gets messy, and guys don't do messy in that way very well. Which of course baffles us since in that way women are messy.

Guys don't do it and that we women do befuddles them at best and scares them at worst. They just can't understand how a "discussion" about who is going to do the dishes ends up with a sad and emotional story about our Jr. Prom night gone wrong. WAY tooooooo many boxes were opened up in the context of that conversation for even the bravest of men not to want to run and hide in their personal "Nothing Box" where life is quiet and simple.

Generally you can tell that you have opened up tooooo many boxes when your guy gets a glazed or slightly panicked look during what you think to be a simple discussion. That glazed look is him desperately searching for his ~Nothing Box~ looking for a place to hide. If you see that look back up and close up a couple of the boxes, come back to point and you will generally see his panic lift and he will return to the conversation at hand.

I love this video for its humor and some of the points that really hit home. It isn't perfect and I don't agree with it all, but there is enough truth to make it seem familiar to most of us - which is why it's so funny. Also, let's get this out in the open right away - we're dealing with generalities here, not the reality of every individual reader. See what fits, and use it, throw the rest away. That's how it works.

That out of the way, I was about to write that, being a "shrink," my brain is somewhere in between discrete boxes and a buzzing mass of interconnections. Then I realized this isn't quite true. What is true is that, as a psychologist, I am capable of seeing interconnections that not all of my male compatriots see - nor do they care about them. What's also true, however, is that I don't do this all the time - I only live in that world of buzzing interconnectedness when I'm working at it. Even here I tend to compartmentalize.


That ability to compartmentalize is the key to understanding mental "boxes" in general, and the "nothing box" in particular. In my experience, women often feel that the men in their lives don't care about relationships or emotions. While this may be true part of the time, mostly what happens is that we have a tendency to care about what's in front of us, and we lose track when it is no longer "front and center." Sadly, this leads to forgetting important things: birthdays, anniversaries, things we were supposed to pick up at the store, making sure the kids have necessary care when mom is going to be busy. Sometimes it is true that a man forgets these things because they don't care, but most of the time that's just the way our brains work. This seems to make women crazy, most especially when her man has forgotten something important and he's instead immersed in his "nothing box," watching mindless TV or practicing fly casts in the backyard pool. It makes women crazy that men do this; it makes men crazy that women assume we do this because we are callous cads who have no emotional life.

The advantage of compartmentalization is that it allows us to move forward with the modern version of hunting and gathering - working at the office. I set aside whatever else is going on, walk away from the emotional pulls of my marriage, my family, and my friends, and get focused on killing the next Wildebeest, or whatever is my particular modern equivalent. The disadvantage, of course, is that I can disconnect from others and lose sight of relationships and other emotional realities.

Women by and large don't tend to do this kind of compartmentalizing. When they work, they work differently. The upside of keeping sight of all those interconnections is that relationships are maintained much more effectively - for proof of that I need to look no further than the realization that Maddie can talk to a complete stranger for 2 minutes, and she will know the names of all their children, their spouse, where they work and what they do, and probably will have a good sense of how they care for their pets. The downside is that, when everything is connected to everything else, nothing is simple. Everything means at least four different things. To be sure, a woman is entirely capable of handling an emergency or making a quick decision - it's just that afterward a woman will tend to think about the meaning of everything that happened, and a man will tend to move on to the next thing. Absent a "next thing" the man goes to the nothing box. The woman, alas, having no nothing box, ponders what just happened, connects it to something emotional, and thinks the man is callous and a brute because he doesn't seem to care.


So, the next time you think your man doesn't care, just ask yourself this: does he really not care, or has he just moved on to a different box? When he's in his nothing box, does it really mean he doesn't care about you? Try letting him have his plain, discrete boxes, and let her have the cute little decorated boxes with the mixed up contents. You both might learn that together, you make something way more than either of you alone.
Your turn!.....So what do you think???

Email ThisBlogThis!Share to TwitterShare to FacebookShare to Pinterest
Labels: Marriage on Monday

great post, guys! I love to hear both different sides to the puzzle.