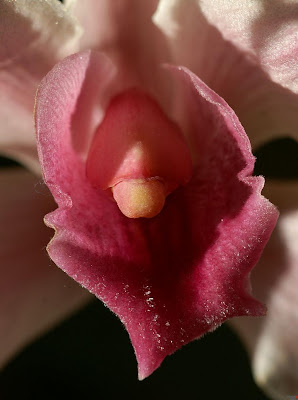 Due to an untimely ingestion of a Coke Zero at 10 pm I was not all that sleepy when it came time to hit the sheets with Doc last night ( and oh how I love to hit the sheets with that man.. even 15 years later- what a lucky girl I am!), so while he snoozed I took a bath and watched a movie. ( Yes, my life is decadent in small doses)

Searching through my Instant Que I noticed that I had not watched the documentary  Orgasm Inc.  which had been on my list for a while now. Ok.. here is your time to jump ship if you are the squeamish, easily offended or the prudish type.. if not read on about my reflections on this documentary.


Orgasm Inc is a 2009 documentary dealing with the time period when the major pharmaceutical  companies were in a billion dollar race to be the first to get a climatic female drug to market to deal with the newly named disease made up just for the occasion! - Female Sexual Dysfunction or as they like to call is  FSD, since that is shorter and cute! (gah)

FSD came to be after a small study found that 43% of the women who were in the study had some type of sexual issue in the past month of the study. Issues ranged from being too tired to have sex, lack of lubrication, to failure to  climax during intercourse.. and thus was born FSD.. after all if 43% of women had these issues it must be a billion dollar condition, or so said the brains of these huge pharmaceutical giants and " big medical". (Other reasons included, sexual taboo and abuse history)

You don't have to be a clinical researcher with all that much savvy to begin shooting holes in this study.


From the point of being tired - well yes raising kids is VERY tiring, add to that work and family stress and even the best libido will take a beating but this is not dysfunction this is exhaustion!

Lack of lubrication?- yep, it's true as we age natural lubrication can be harder to come by ( breastfeeding, and childbirth both which tend to dry up our natural ability as does menopause)  but with the wide range of sexual lubricants on the market this is not so much an issue of dysfunction as choosing the right product to make up for this very real but not dysfunctional fact of life. 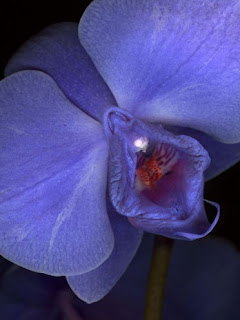 And then to the "big one" - pardon the pun! - Inability to climax during intercourse -  This honestly is where I feel this issue firmly rests ( on very unsteady ground to be sure!) and where this documentary did a great job is  of pulling the issue to the surface by following the sub story of one woman who had spent many years and untold dollars to "figure out what was wrong with her".

Pills and creams, shots, funny suction devices and finally having an electrical probe (The Orgasmatron) fed up her spinal canal in order to to achieve this holy thing she thought she was unable to do like the "rest of the world" - and none of it worked.. not a one enabled her to climax during intercourse . And you know you what?.. she is not alone ( as she found out) nor is she defective in the least.. not even a bit ( as she also found out)

During the course of the filming it was reveled that she could indeed have  natural orgasms through manual stimulation, but as she thought.. "not in the regular or right way" i.e - intercourse. She is  like well over 70% of women need direct and continuous stimulation of the clitoris in order to achieve any orgasm. This sweet woman  and  oh so many like her had been beating herself up, suffering from depression and  going through medical procedures with possible dangerous side effects and more due to her lack of knowledge about basic sexual function.

To see her joy when it finally made sense to her that she was normal, and there was nothing wrong with her as a sexual being was a fantastic moment and points to where comprehensive sexual education is a must in our society, if only to help women ( and men!) understand how their bodies work so that when something that is REALLY wrong possibly crops up that they will be able to deal with it. Good gracious people know your parts, the vagina is not the be all end all of the sexual experience.

Don't get me wrong, the vagina is a great thing (some of the best women I know have them!), but the real action is north in location and centered on the clitoris.  This little jewel has well over 8000 never endings in an area the size of a pea.. so much from so little so to speak and yet there are still women who think that their big-bang should come from vaginal penetration ( missionary position only of course!) and a partner when this is actually only true for  a small percentage of women and yet here are huge companies trading on a false fact made to make us feel disfigured or dysfunctional and in need of their drug when what is really needed is frank education in many cases. 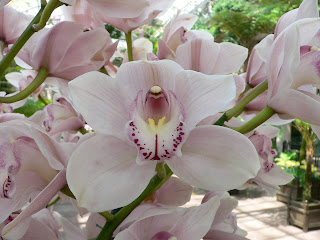 By now I was bit chilly and a lot pruney ( 60 minutes in a vat of hot water will do it to you) and needed to get out of the bath and into bed with my handsome Doc. I had a lot to reflect on.. expect more posts on this topic as the days go by. But until then I leave you with two resources and a question.


Women's Anatomy of Arousal - A sexual and anatomical  road map that helps you stop at all the good locations :)

Sex for one - Learning what does it for yourself so that you can then be able to share it with the one you love. I think of this one as learning to write your own owners manual.

What is the biggest bit of sexual misinformation that you think still lurks out there passing as fact?

Robyn of Coffee and Cotton said...

Bravo! Very, very good post. You've debunked a myth, provided excellent info...AND you did it with class!
You rocked it my friend! :)

God (or Natural Selection) did Woman a great service when He (or it) did NOT put 8000 nerve endings in the small place where the object the size of a bowling ball comes out.

I always lamented my inability to have "mature" orgasms (that's Freud's words, not mine) since all the ladies in the Romance Novels back then have them ALL. THE. TIME.

But once I understood childbirth I saw very clearly the wisdom in putting the clitoris safely out of the way from that hot mess.

I didn't read one romance novel for maybe 20 years? And what I noticed when I started reading them again is that women are getting a lot more oral sex than they used to. And there isn't this focus on virginity that there was then. Or rape. I remember a lot of those books having what really amounted to rape in them--and the women loved it--orgasmed from it even.

I'm seeing none of that (maybe it's just the books I'm reading) and the men in these stories are actively doing clitoral stimulation now which is all to the good.

Awesome post, love! And such an important topic ... there are so many women who think themselves "defective" because what they need to know is taboo, and so no one tells them. And shame on the doctors who never told the woman in your story that she is perfectly normal.

Besides all that, of course, I love when you write about sex

One of the best books for my sex life that I read was "Intended for Pleasure". I'd gotten all repressed from my environment (ultra-conservative in all societal ways) and needed to find a way to enjoy myself. Truly, at 40 I'm finally having the best sex of my life. I've only had one or two "normal" orgasms but thanks to finally knowing how all my parts work I've had plenty of out of the ordinary orgasms.

Who wants an "ordinary" orgasm anyways. Could they have picked a more boring word?

Isn't it just like a man (a man who knows nothing about women, I mean) to belittle the female anatomy and/or experience?