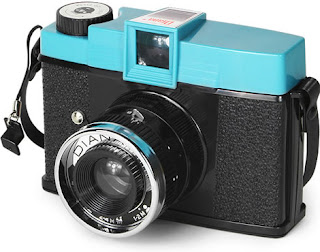 Well here we go!...  I am counting down the days till my photo shoot with Meredith and Risque Boudoir of Atlanta.. I will not say that I am not at least a little bit nervous but mostly I am really excited to be doing this.

A lot of people have told me that this is something that they would love to do ( Others think I am bat-shit crazy) but then they go on to list the reasons why they will not do it now, the reasons go like this:

I will do it when my hair grows out, I get it cut, get it colored, I wake up with someone else's hair

I will do it when the kids are grown

When I get my boobs lifted

I will do it when I have the money


Here is the deal.. for me now is the time since when you think about it.. I have had most of this baby-weight for 22 years, yeh there is a bit less of me now but I still weight somewhere between 177 and 180 pounds and I am not sure that is going to change.

I am almost 44, chances are my hair is not going to get much better and if it does.. whoo hooo, maybe I will do another photo shoot when I turn 50!

My stomach - well there is not much to say ( and yet everything), is it lined with well over 100 stretchmarks that indicate both my fair skinned European heritage and the fact that I had some VERY big babies ( ever pushed out an 11 pound baby?.. I have!). My belly has a flap of skin that would require surgery to remove, not a roll, a FLAP.. I am talking lots  of skin here people.. 6 big babies worth of skin and it is not going anywhere.

Do I want my flap and scars focused on?... NO ( I am not mental) and I do trust Meredith to shoot photos that make the least of it.. but to be honest it is part of me, part of my years,  and my 6 beautiful children. It will not come as a shock to my husband, he sees it every day and  loves on me without a thought given to it from what I can tell.

My boobs- again they have served me well over the years, from strutting around in a rainbow striped bikini  so small that I could wad up in my hand at 18 to  over 10 years of breastfeeding ( take a moment to think about that.. 10 years of feeding someone exclusively from my body.. I did that!).. yes they have served me well. For sure they are not what or where they used to be..but that is ok.. they have also been part of my journey and I can live with that.  ( I also have a killer sexy push-up bra collection.. again.. I am not mental)

In the end this all does sound a bit grim.. throw in a dowager hump and I might be able to get the part of the bell ringer in the Hunchback of Notre Dame - but here is the thing.. those flaws are all little bits of me.. in fact I would say bits of any woman as she ages, but they are not the whole me.

I am the person who loves, who grooves to music on the radio, who jumps her husband's bones as often as possible, who laughs, who snarks, who cares, who mothers. All those things that each of us as women do.. those are the things that make us beautiful and for that reason.. I am doing this photo shoot now.. since in the end.. time is wasting, life is passing and it does not get better than this.

Oh I so agree Maddie! Get pro photos of your beautiful body and all it's perfect and imperfection. It's all in the same package and waiting forever, well, what's the point?

I actually got nude photos take when I was 20, back when my body was pretty perfect, but even then I had something to complain about - my hair was too short!

I've been thinking about getting another set taken now and you've certainly added fuel to the idea. Go rock your body baby - flap and all!

You are right - there is no good time to do this. I had boudoir photos taken for my husband for our first Christmas together. I was 25 years old and "thin" and thought I was a fat pig. (STUPID!) I had several shots taken, one in a white teddy and one with nothing but black fishnets! (My arms covered most of my body with just one breast peeking out. I ten managed to create a "smoldering" look - not something I do comfortably.

Maybe I should look into this as well. I think it is awesome that your beloved gave this to you as a gift. Are these photos you will post on your blog or leave to our imagination!

I'd love to have one of these boudoir sessions.

Waiting like Cinderella for the day when you're going to be more beautiful..it's not going to happen. Time, and that bag of Little Debbie's will see to that.

If you don't have the money (and I don't have the money) try and do one for yourself. Get an hour, a camera with a timer, put on the kind of heavy make up you'd never wear outside (trust me, unless your skin is flawless, it's kinder on the lens) and shoot LOTS of pics. You only need one good one, after all. I do one every year for Hubby for a Valentine, even though I'm still wintry pale and a bit blubbery from Christmas.

Your special someone will love it and, when you look back, you're realise that you were wonderful and pretty and you didn't need all those insecurities.

I didn't mean for this to be so wordy! Sorry, Maddie!

I'm a 53 year old momma of three and my husband of 30 years still finds me sexy. It's not my body that draws him like a magnet (and I'm small, 113 pounds) - it's my smile! I started following your blog for the craftiness and the DIY posts, but I keep reading because you are REAL (and funny). You go, girl!

Self confidence is sexier than a trim body to men anyway! I think this is awesome and I am sure you will be rockin' it!